What determines the various shapes that show on the Tangle Explorer?

The Tangle explorer is currently displaying an "IC".

Is this a secret message?

What determines the various shapes that show on the Tangle Explorer? 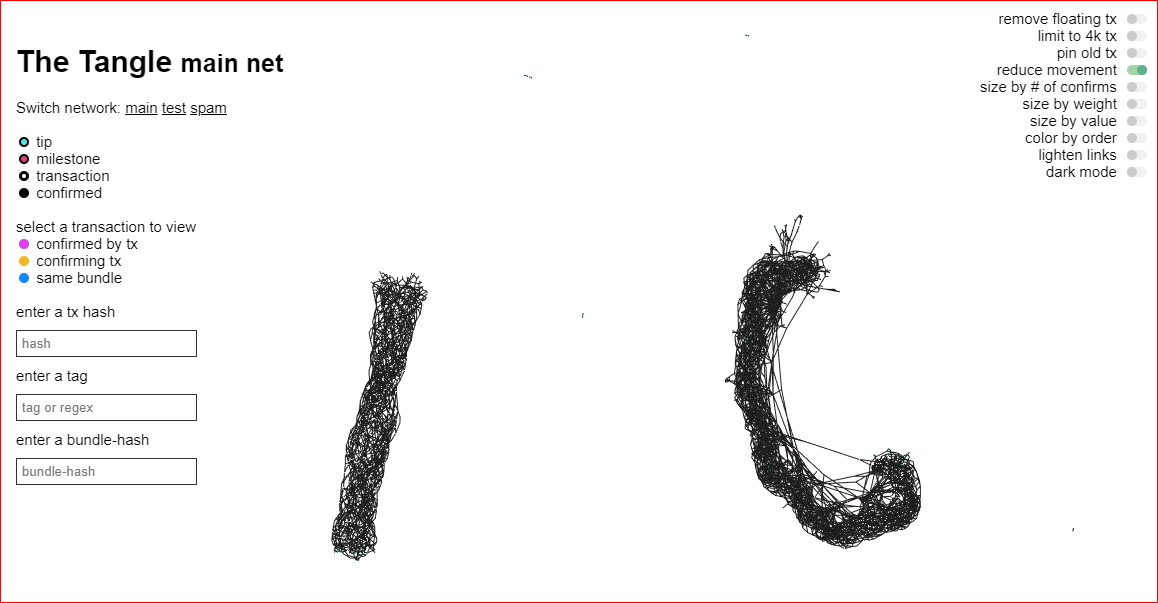 Here is another example, while The Coordinator was turned off: 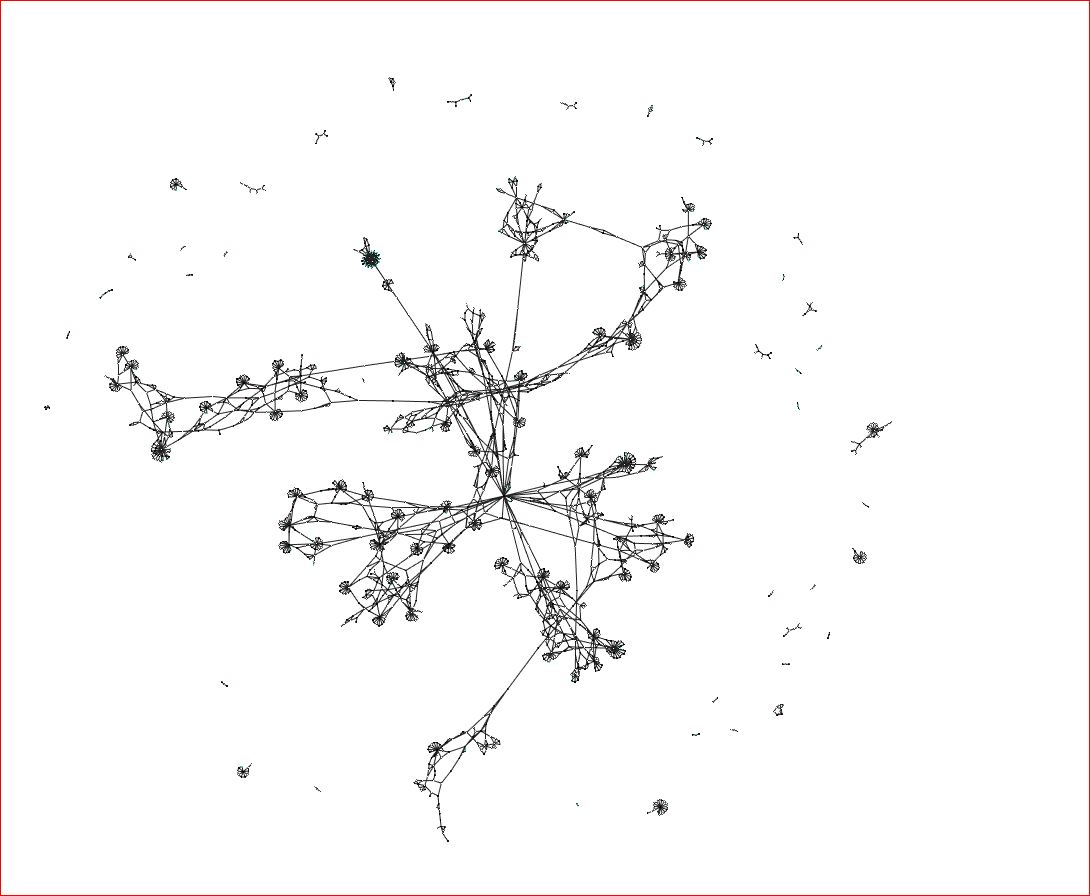 The tangle visualizer you took the screenshot from uses a simple physics/force engine to determine the place of transactions.

So transactions which are referenced later or more often are prone to be dragged more (to the center if "reduce movement" is not checked).

There is also a Wikipedia page on Force-directed graph drawing in case you are interested in the math behind it.

Creating "secret messages" like this might be possible, however it is likely infeasible, as the tangle visualisation looks different depending on how long you have been watching it (and therefore how many old transactions are there that affect the physics), so even while theoretically possible, you cannot be sure that anyone/everyone will actually see your secret message.

[If you are curious, for me the visualisation right now looks like a "91", with the 1 being the side tangle and 9 being the main tangle]

Also there are other actors whose might disturb your picture, especially since the algorithm is a chaotic one, i. e. small input variation may result in great output variation.

5
In a transaction, what are "trunk", "branch" and "bundle" exactly?
6
How to read the Tangle database?
4
IOTA added to the address but immediately withdrawn from my address
1
Tangle and transaction explorer
1
Transfer from Multisig into normal address
2
As per "The Stability and the Security of the Tangle", how will IOTA ensure that all honest nodes are continuously using their hashing power?
1
If someone were to find a Proof of Work collision, could they pin the tail of the tangle to the head?
3
How to install IOTA in a small device supports LoraWAN?
0
How do transactions reference each other in the Tangle?
1
What is the state tracking approach in IOTA IRI?