Stack Overflow for Teams is moving to its own domain! When the migration is complete, you will access your Teams at stackoverflowteams.com, and they will no longer appear in the left sidebar on stackoverflow.com.

Check your email for updates.

What does "invalid consistency" mean?

I found a bundle, which shows invalid consistency. The Tangle explorere says, it would never confirm. My suggestion is that the Bundle input value is higher then the overall bundle output value.

But, what did the user do wrong?

Could this happen using the light wallet only as he claims?

Invalid consistancy means, indeed, input and output are inconsistant. This is seen in the Bundle:

Results are shown in the screenshot below: 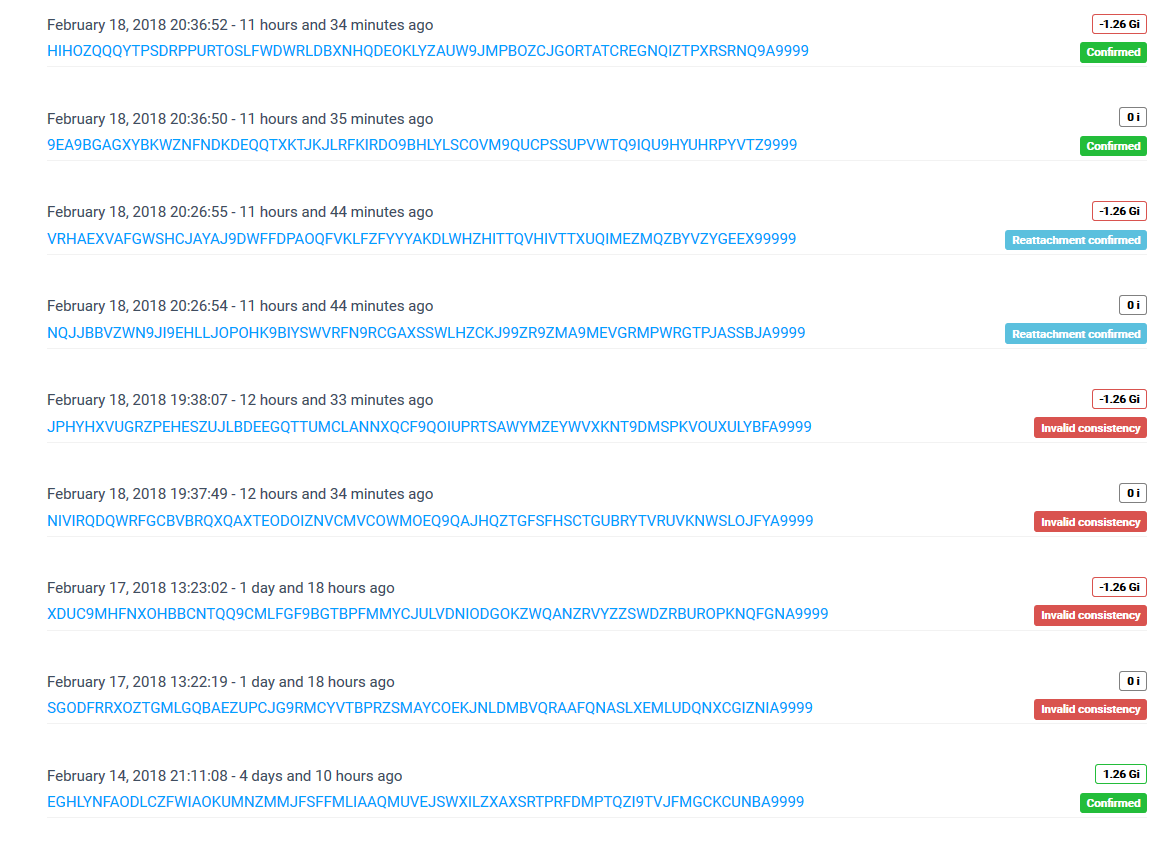 you can see it quite easily when you look into one of the three transactions in detail - there you will see that the max bundle index is 3, which means there used to be 4 transactions. Finding and replaying the 4th transaction (probably on a different node) is the only way to solve this without risking address reuse.

Not the answer you're looking for? Browse other questions tagged or ask your own question.

16
What kind of "invalid" transactions are transported by the network (and appear on tangle explorers?)
6
What does the "block number" in the iota wallet represent?
8
What is an input transaction, and what does its "address" field represent?
4
Why does sending take so long? Does it depend only on POW or also on something else?
13
Why does the signatureMessageFragment have a fixed size?
4
Invalid transaction in milestone
5
How to send data payload and funds in a secure/immutable way?
0
Which feature/s will avoids SPAM or massive invalid transactions in a IOTA network?